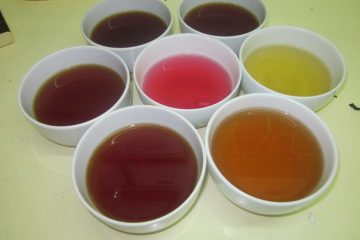 To produce the fines tea requires not just the ideal environment but also careful husbandry, skilled harvesting and meticulous processing.

Kenyan Orthodox tea are grown on high elevation at the foot of Mount Kenya as well as highlands of Great Rift Valley region above 2200m. With a body and flavor similar to what an exceptionally full Ceylon might produce, Kenyan Orthodox tea brews beautifully and is extremely satisfying. The tea is brisky, has medium body with soft malt tones and a sweet, smooth finish. The liquor is a medium brown with reddish hints and has caffeine.

At the slope Mount Kenya and the highlands west of the Great Rift Valley, farmers tend their tea bushes that their families have nurtured for generation. Most of Kenyan farmers grow their tea on 1 – acre plots alongside the vegetables and maize on which they feed their families. This means that each small holding plot is carefully monitored and the individual best leaves are plucked the moment they are ready for harvest. As with wine, teas from different areas have their own unique tastes that can be enhanced by careful processing. Kenyan traditional orthodox lines are processed using skilled artisans.

After plucking in the cool morning dew, the farmer’s tea is delivered to nearby collection points where it is weighed and recorded. On receipt at the factory, the first stage in tea making is withering – green leaf is spread on long troughs with a gentle airflow to reduce its water content, and thus concentrate the tea flavor precursors. The withered leaf is rolled and curled using a traditional tea rolling table or a rotorvane, then a natural oxidation is commenced that utilizes the leafs enzymes to oxidize it’s green catechin polyphenols to produce theaflavin. It is the unusually high level of anti-oxidant theaflavin that gives tea its bright clear orange cup and its clean refreshing taste.

After oxidation the leaf is gentle air dried to arrest oxidation and to ensure that the tea has long shelf life whilst retaining its quality.

Grading separates the bulky of tea into many individual tea grades, which with a unique style of leaf shape and liquor type. Tasting QC at the factory is the final link in the process chain from farmer to you the consumer. Skilled tasting ensures and guarantees that every tea is of an exceptional standard when it reaches consumer.

Names used in grading of tea originated along ago in China. ‘Pekoe’ refers to the tender shoot; Orange’ does not refer to the color but to a tightly twisted leaf particle. ‘Flowery’ means that the leaf is curled rather twisted. ‘Tip’ refers to whole bud pieces, these maybe silver or golden. ‘Broken’ grades are small than the whole leaf grades. ‘Fannings’ refers to a small grade of tea that is separated when tea is poured through a gentle airflow. Tea is graded by passing made tea through a series of sieves or diminishing mesh sizes. Teas retained by the large sieve are the “leafy” types while teas passing through the smaller sieves are fannings and dust.

Flowery Orange Pekoe (FOP) – This grade contains a reasonable amount of tip that contributes to the flavor. The leaf has an attractive appearance. It has a clean cup, but again is marketed for its leaf appearance rather than its liquor.

Pekoe (P) – Is the largest of the leaf grades. The production of this grade is small, its liquor is usually thinner than the small grades. It is demanded more for its attractive appearance than for cup quality.

Orange Pekoe (OP) – This is another fancy looking grade. It contains no tip and is thin and light in liquor. It consists of very tightly rolled leaf resulting in a very attractive twisted and wiry appearance.

Broken Orange Fannings (BOPF) – Being the smallest of all the grades it has rapid brewing properties and gives a good strong flavor and colored liquors.

Broken Orange Pekoe (BOP) – It contains a good amount of tip but the leaf particle is smaller than the Orange Pekoe. It is sold for both its appearance and for its good cup quality.

Dust (D) – this is the smallest of the grades. Its value is influenced by its appearance. A good dust is grainy, very black and free from fiber. In a cup it rapidly produces strong colored liquors.

The character of grades is affected by the standard of green leaf used in the manufacture. Fine plucking to a high standard of two leaves and a bud makes tea of good appearance and liquor. Accurate and skillful withering, rolling fermentation and firing also play a critical part in the teas’ overall quality 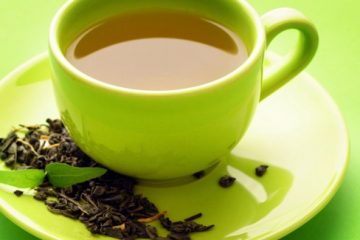 Green tea is made from the leaves from Camellia sinensis that have undergone minimal oxidation during processing. Unlike black teas which undergo fermentation thus producing black color upon drying, Green tea is not fermented but is heat-treated to Read more… 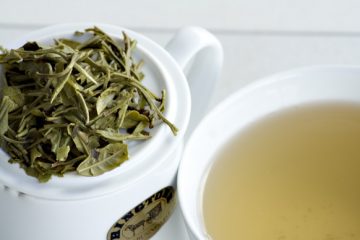 Just like any other Kenyan tea (Black or Green), White tea is also derived from Camellia sinensis. Only the youngest leaves, the buds are gently hand plucked. The buds which contains highest concentrations of catechins, are then Read more…