Founded in September 2008, Alstar Limited is a women-owned company incorporated in Nairobi Kenya. The company has been founded to improve the Agriculture sector specialized in Ethical and Fair-Trade Practices, Environmental Management Systems, Food Safety and Quality Management Systems. Our target is to promote better understanding of these practices, by providing high-quality and cost-effective training, coaching and consultancy. Kenya is the world’s third largest tea producer of which, over 60% is produced by smallholders, representing about 600,000 farmers. Many of these farmers are women who do most of the production activities (about 70% of farm work), while men tend to benefit more from training in sustainable production practices, as well as the income and other benefits derived from Tea and coffee sales. While providing these services to the industry, Alstar Limited has got to the conclusion that supply of good quality and quantities of sustainably produced Tea is inhibited by unequal distribution of information, labor, and other resources and benefits within the Tea-farming families. Alstar Limited focuses on supplying sustainably produced, safe and high-quality Tea. The company has invested in building direct sourcing relationships with farmers. The next necessary step is identifying and get connected with buyers who are willing to create shared value in sustainable production chains. Tea trade in Kenya is a male-dominated business. We know for a fact that further up in the value chain, women are disadvantaged. We, at Alstar, have taken the odds to be amongst the few female-managed commodity traders, choosing to deal with direct trade, rather than through the auctions. 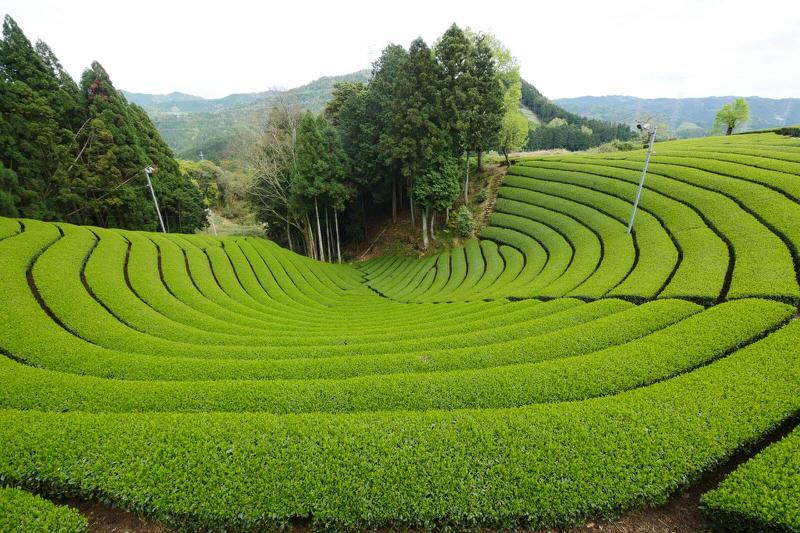 PASSION IS OUR DRIVE

We have a proven record of accomplishments and are considered a reputable Orthodox Tea Export company in Kenya. We make sure that all our orders are processed with utmost professionalism, while keeping the customer updated on each step, up to delivery.

At Alstar transparency is our main policy. Our goal is to supply our clients unmatching quality Orthodox Tea made in Kenya. Same applies to our suppliers and contractors. The quality of our refined Orthodox Tea has been proven by a long list of made of thousands of happy clienteles.

We committed ourselves to supply our products within the reasonable timeline agreed upon with our customers. We employ stare-of-theart technology and tools to make sure all our orders are quickly processed, without compromising the quality of our products, by checking to make sure every step has been properly handled.

Ethics applied to the production processes represents the core of our business. At Alstar we strive to apply any standards that enable us to be categorised as traders that follow such rules.

Managing operations in an environmentally and socially responsible manner – “sustainable manufacturing”– is no longer just a hipster trend, but a business imperative. Many businesses have already started to take important steps towards green growth – ensuring their development is economically and environmentally sustainable. 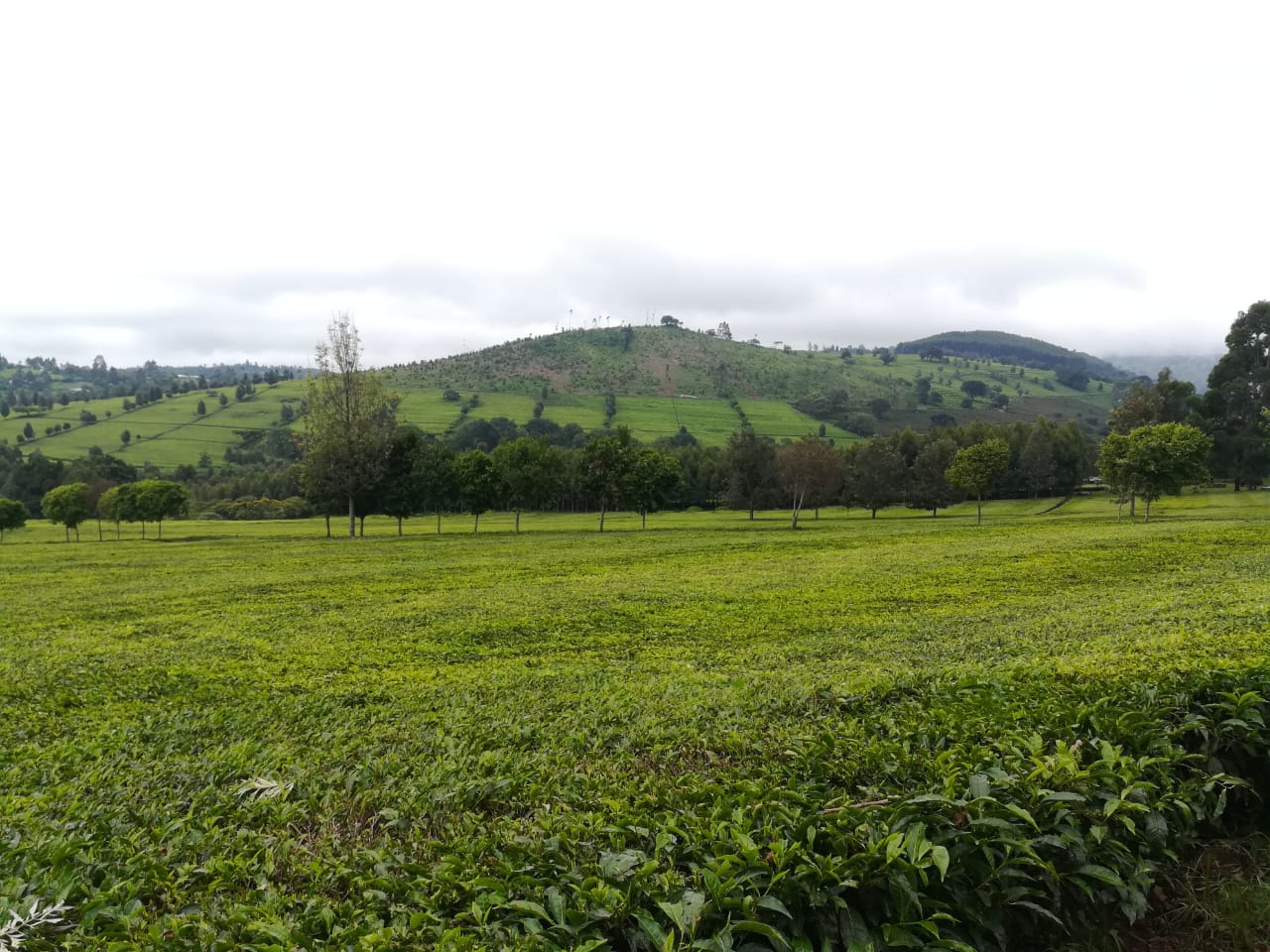 Our mission is to encourage and promote women vendors to participate in international trade – leading by example. Our ambition is to make sure this sector will be enabled to implement Traceable, Sustainable Production, Social Compliance and Social Responsibility, Food safety & Quality Management practices. Our company has taken the next step and got registered as tea exporter with the intention to build meaningful connections between growers and consumers. We know who we work with: the smallholder producer groups and Hired Labor farms in Kenya producing Fairtrade and Organic Orthodox Tea. Along with these producer groups, we made certain they put purpose and care into every significant process to produce traceable Specialty Tea. Specialty refers to Fairtrade and Organic certification, Orthodox processing method of the Tea that grows on the slopes of Mount Kenya and highlands of Great Rift Valley. Tea farming in Kenya is predominantly a man’s business, which means they are the beneficiary of tea productions. Within the African culture, women are nothing but a man’s property, they do most of the work in tea farm – weeding, harvesting and delivering of the tea, but the income goes to the husbands. Our goal is to encourage gender fairness and inclusion in tea trade value chain. Building on the principles of Fairtrade, Alstar has committed to work with smallholder farmer groups and hired labor firms so as to empower and encourage women to participate in programs that will enable them to achieve meaningful and sustainable lives. Gender fairness includes programs such as technical support, income generating activities through diversification, training in leadership, organizational governance, financial literacy and project management. Also, Alstar works with these groups to identify gender-specific needs, which usually prevented them from fully participating and engaging in meaningful productivity, particularly issues related to health, safety and hygiene and together formulate possible solutions to address the needs identified. The premiums accrued from trading these traceable high-quality specialty (premium) tea is used to finance Gender-specific projects based on specific necessities.

HOW WE MAKE OUR ORTHODOX TEA

Normally, withering means spreading the leaves thinly on banks of trays or “tats” made of tightly stretched jute Hessian or wire-netting. The tats are kept 12 to 15 centimeters apart, to allow free flowing of the air. There are two types of withering:  open withering and closed withering. The open or “chung” type of withering implies no control of the withering degree, an consists in checking the thickness of spread and duration of the withering phase. This is “natural withering” in its simplest form. The average length of time for withering is 18 to 20 hours, if “tats” are used. The modern withering systems the duration is 16-18 hours with normal ambient air. In rainy season, to remove the surface moisture, heaters are used along with fans for two hours. Modern methods reduce greatly the withering time, but they can also lower the quality of the final product because it reduces the time necessary for chemical withering. In general, South-Indian tea manufacturing is carried out with withered leaves having a moisture content of 60-65% for orthodox manufacture type. 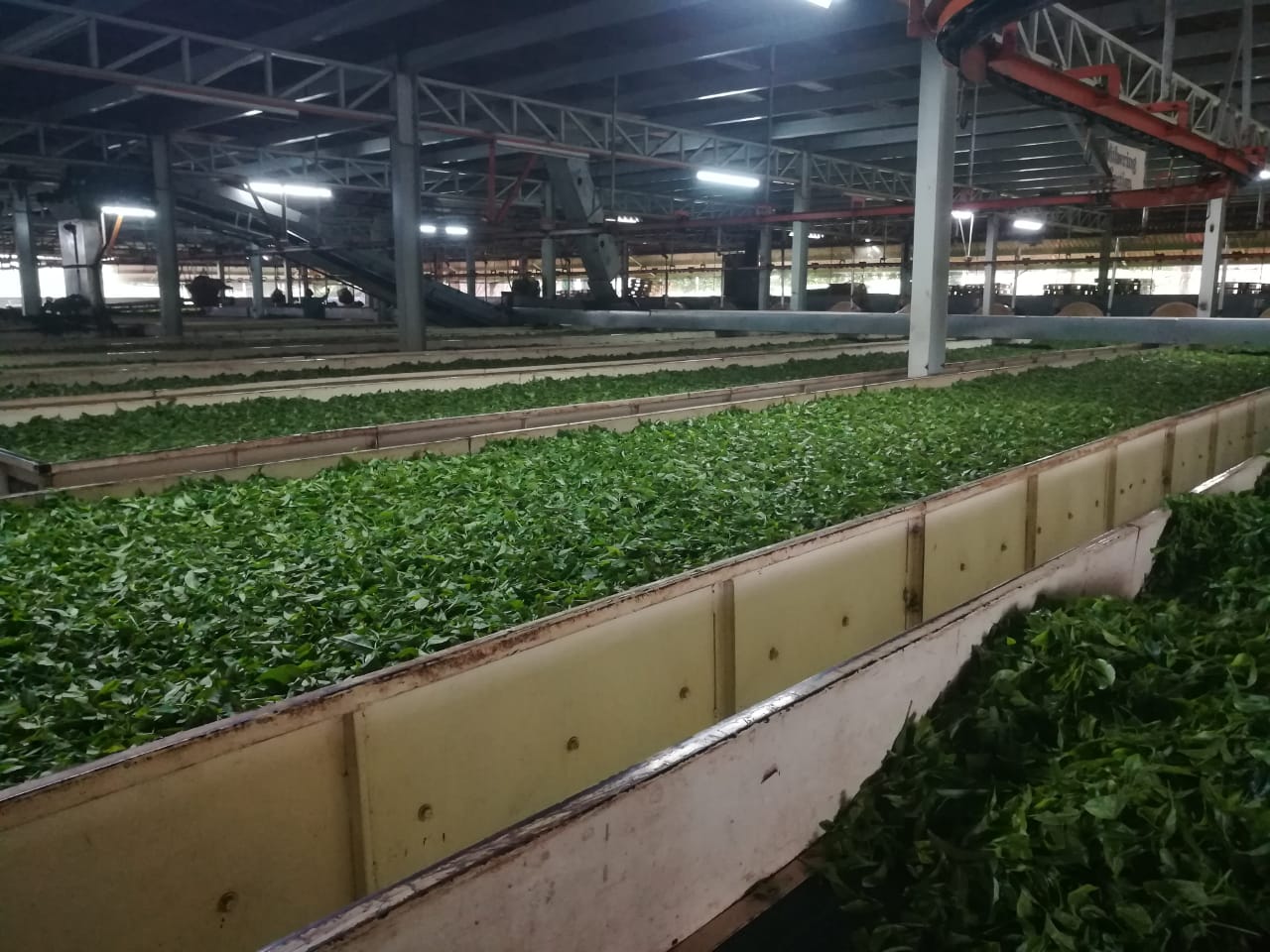 After a satisfactory wither level has been obtained, the leaf is ready for rolling, which means twisting the leaf, breaking it up and expresses the juices (substrates and enzymes). The machines used vary in size and design, but their principles are alike, they compress and turn the leaf over. This step facilitates mixing up of cell constituents viz., enzymes and substrate, thereby starting fermentation; while the maceration is complete in CTC, in Orthodox only internal injury is imparted due to rolling. Enzymic oxidation of the catechins (polyphenols) begins at this stage.

Vane The rolled leaves are fed into the rotor vane, which mixes the leaves thoroughly, aiding in the cell maceration and extraction of the juice from the leaves. This step ensures proper coating of the leaf with the juice thereby facilitating subsequent processes viz., rolling and fermentation.

These two steps are involved mainly for the orthodox type of manufacture. When discharged from the roller, the leaf mass is more or less compressed into lumps. These are broken up in the sifting process by the machine, which usually combines the functions of the roll-breaker and sifter. In the first phase, the roll-breaker and green-leaf sifter cools the leaf, then it aerates the mass, and after, it removes small size particles and separates the leaf into portions that will be reasonably uniform for the fermentation rate.

Though actual fermentation starts during the rolling phase, it continues in the next stage. The sifted leaves are spread out in thin layers on tables or perforated aluminum trays or into aluminum drums, to continue the oxidative process. During fermentation, the leaf changes colour and turns into a dark coppery hue. Typical aroma develops at this stage. The ideal conditions for fermentation are Dhool temperature <30oC, moisture ~55%, pH 4.5 to 5.0 and relative humidity >90%. When the fermentation is considered to be sufficient (by checking the colour & smelling the aroma), the fermenting dhool is transferred to the drier. Googhie cum floor Drum fermentation is extensively used in south Indian tea Industry for Orthodox type of tea manufacture.

Endless chain pressure driers as described in the CTC process are also commonly used in Orthodox tea manufacturing. After firing, the tea is spread out to cool and then temporarily stored to wait sorting. Modern innovations on the drier are the hot-feed drier, where hot air is supplied separate ly to the feeder to stop fermentation immediately as the dhool is fed, and the fluid-bed drier where the leaf moves from one end of the chamber to the other over a perforated plate in a liquid fashion.

Grading is carried out on mechanically oscillated sieves, similar to those used in the green leaf stage and fitted with meshes having suitable size. Finished grades are stored in air-tight bins until a sufficient quantity has been accumulated to fill a consignment.